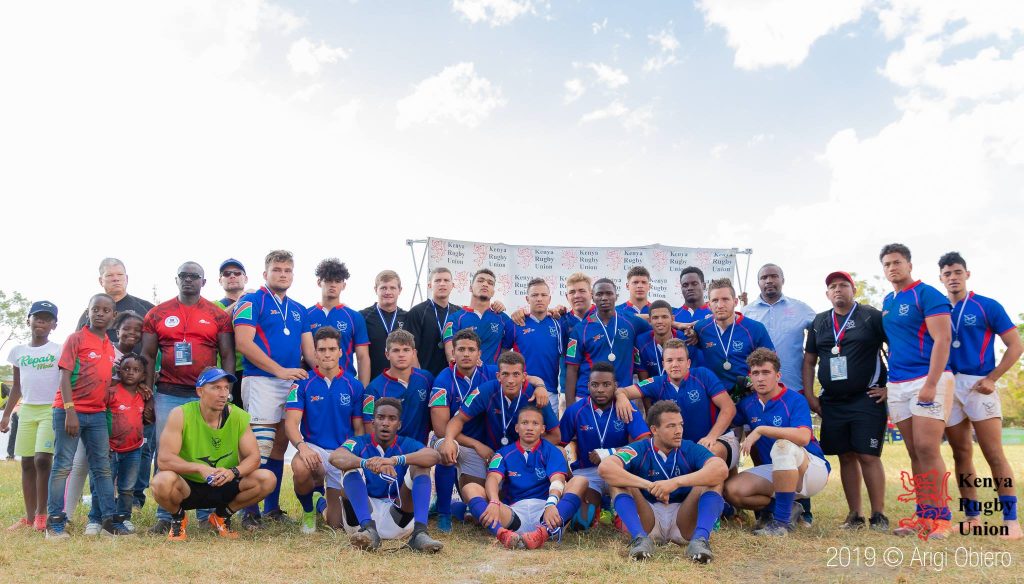 NAMIBIA are targeting honours when they compete at the upcoming 2022 Rugby Africa Barthés U20 Trophy in Nairobi, Kenya.

The tournament is a welcome distraction for the youngsters who missed out on the action altogether last year after several members of the team tested positive for Covid-19. The year before that Namibia fell 21-18 to Kenya in the final.

They will be looking to reclaim the title and underline their pedigree on the continent between 9 and 17 April.

“We’re going to Kenya to play our hearts out. The past few weeks were a bit difficult for us to get each other and bond as a team to prepare for the tour. But I believe we will do well,” captain Rowan Jansen said.

Only three teams participated last year due to Covid-19 interruptions, with Kenya edging Madagascar 21-20 to retain the trophy.

This year, Ivory Coast, Kenya, Madagascar, Namibia, Senegal, Tunisia, Zambia and Zimbabwe have all confirmed they will be vying for the title.

“This is a platform for our boys to go out there and just do well. I don’t think any team prepares just to go and participate; we’re going over there to win this tournament,” Botha said.

“Yes, we did lose in the previous tournament, but that just goes to show that development of rugby in Africa is happening at the moment,” he said of their rivals rapid improvement.

“We need to strategically plan how we’re going to move forward because the rest of Africa is catching up to us, especially the likes of Kenya and Zimbabwe.

“We need to invest all our time and energy in the development of our players. Not just u20, but at the grassroots level as well.”

Namibia face the fast-improving Ivory Coast on 9 April in their first match. Their next opponent will be confirmed after the opening day’s results.

That fixture will be played on 13 April after which the final will be contested on 17 April when the ranking for u20 will be determined.

“It’s a difficult route as we face Ivory Coast, then possibly Kenya and then Zimbabwe in the final. But, if you want to be the best then you have to beat the best, as they say. We’re planning on going all out and we’re going there to represent Namibia and do everyone proud,” Botha said.