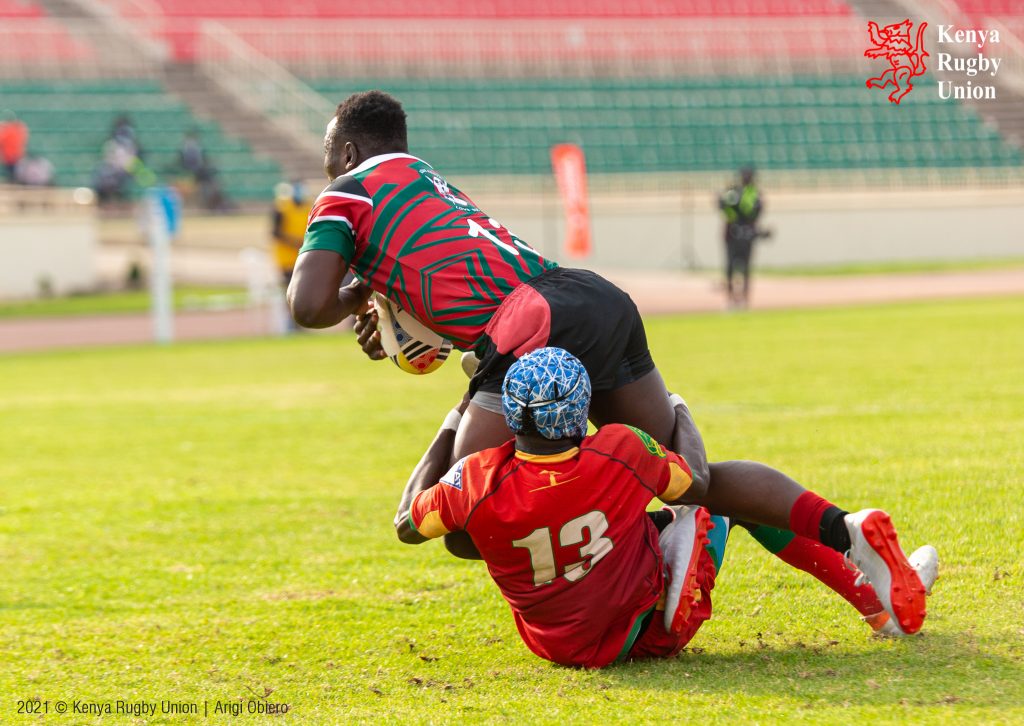 Kenya utility back Matoka Matoka leads the points scoring charts at the 2021 U20 Barthes Trophy after two rounds of action at Nairobi’s Nyayo National Stadium on 26th June and 3rd July.

A total of 90 points have been scored in the competition thus far, coming off 14 tries, 4 penalties and 4 conversions. No drop goal has been scored yet.

Matoka has 15 points coming off 1 try, 2 conversions and 2 penalties.

The Senegalese duo of Ameth Sall and Mamadou Nguissaly Sarr both have 3 points, each having landed a penalty in their team’s losses to Kenya and Madagascar respectively.

The Madagascar duo of Fiononona Rolland Rakotoson and Lionel Hadjy Rahajanirina round off the scorers charts, each scoring 2 points from conversions in their team’s 34-3 win over Senegal on Saturday 3 July 2021.

The actions comes to a close on Sunday 11 July 2021 when defending champions Kenya and Madagascar face off in a winner takes all clash at the Nyayo National Stadium to determine the 2021 U20 Barthes Trophy champion.