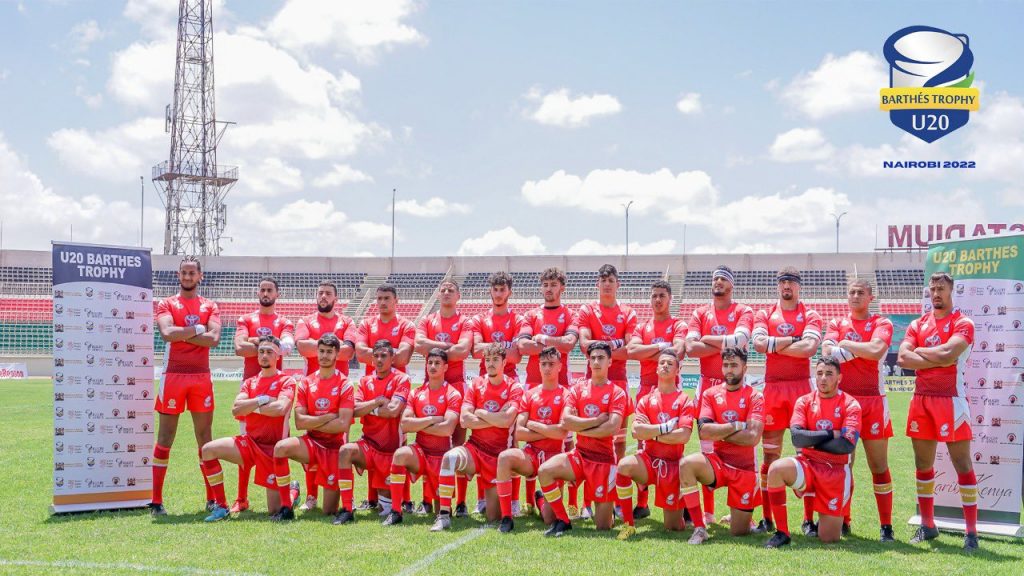 Just days after succumbing to a last minute heartbreak against Zimbabwe, Tunisia picked themselves up in their placement semifinal match against Zambia as they recorded their first win of the 2022 U20 Barthes Trophy tournament to qualify for the 5/6th playoff match against Uganda.

In the second placement semis match played at the Nyayo National Stadium, the North Africans, who were knocked out of main cup contention via a last minute Zimbabwe try that condemned them to an 18-19 loss, displayed incredible resolve to keep out the Zambians by a 25-20 full time score.

Halfway through the match, Tunisia had cruised to a 20-8 lead but an inspired second half performance from the Zambians tested their character to the limit which they ended up rising to the occassion. While they got victory, Zambia, who have now lost all two encounters, were left to settle for one of the two bottom places where they will face Cote D’Ivoire in the 7/8th playoff final.

As the game started, Tunisia were the first to get the scoreboard ticking as they touched down for the first successfully converted try to take a 7-0 lead. The two teams then traded successful penalties to get the game to 10-3 before Zambia reduced the deficit to only two points with an unconverted try.

However, Tunisia opened a ten point gap as they scored a converted try and a penalty that gave them a 20-8 lead going into the break.

When action resumed in the second half, the Zambians emerged from the tunnels a much sharper side as they chased their first win in the tournament as well.

Despite nailing four penalties, their efforts came just short as Tunisia found the half’s only try that stretched their lead and win to 25-20.