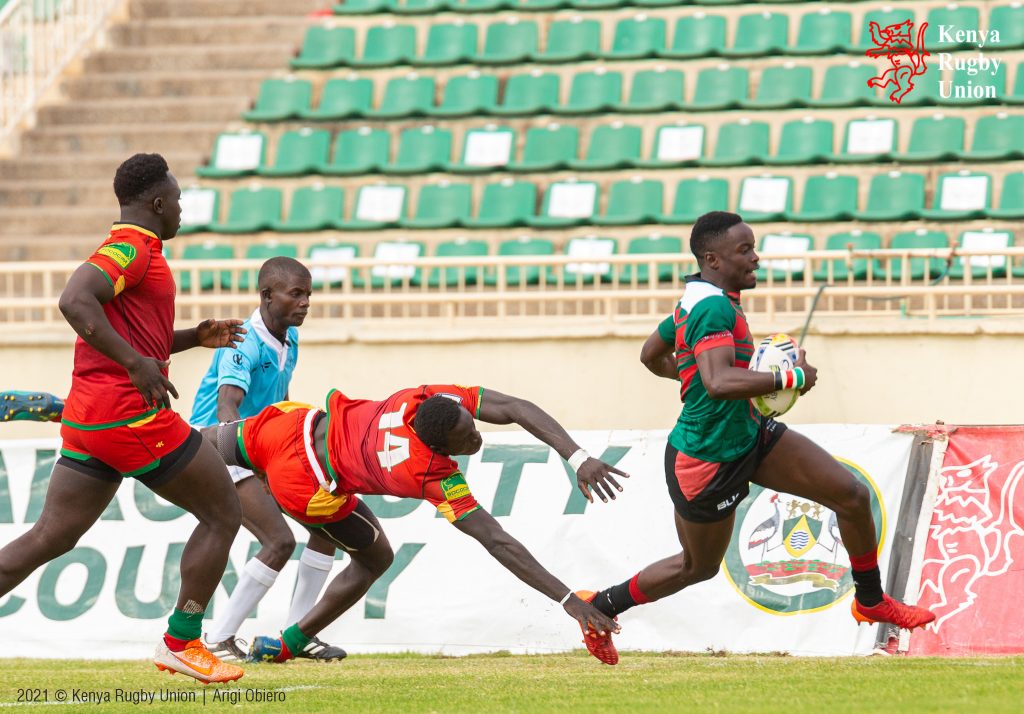 The U20 Barthes Trophy kicked off in Nairobi on Saturday 26 June 2021 with a clash between hosts Kenya and Senegal who were third place finishers the last time the competition was held in 2019.

When the action got underway at Nairobi’s Nyayo National Stadium, it was Kenyan winger Andrew Matoka who got the scoring underway, landing the tournament’s first eight points through a try and penalty. It will be recalled that it was Matoka who scored the last points of the 2019 competition, kicking Kenya to a 21-18 win over Namibia that saw them crowned the new Africa U20 champions and in the process, claiming Africa’s sole ticket to that year’s World Rugby Junior Trophy in Brazil.

His contribution with boot and ball in this year’s opener accounted for 15 of Kenya’s points in the 50-3 win over Senegal as the youngster, who has also been capped at test level for Kenya used the experience gained in recent years to calm the nerves of his team mates, many of whom are playing in their first U20 Barthes Trophy.

Not to be outdone was Madagascar’s Salotra Rokomalala Lucas who had a blinder of game when his side took on Senegal in match day two action at the same venue on Saturday 3 July 2021.

Quick thinking from the Junior Makis inside center saw him execute a deft chip that was expertly claimed by scrum half Erica Bruno who touched down thirty five seconds into the tie, scoring the fastest try of the tournament thus far.

Lucas would be rewarded with two tries either side of half time as Magadascar consigned Senegal to a 34-3 defeat.

When he was not scoring tries, Lucas was at the center of everything creative from Madagascar, his evasive running and elusive pace a joy to watch.

Kenya and Madagascar will clash on Sunday to determine the winner of the 2021 U20 Barthes Trophy and it will be exciting to watch these two players come up against each other as the next generation of African rugby stars continue with their quest for success in Nairobi.